Another Election will Cause more Uncertainty for Logistics

> Another Election will Cause more Uncertainty for Logistics

The British Prime Minister Theresa May has called another general election to take place on 8th June 2017 arguing that this is the only way to guarantee certainty and stability as the government moves into negotiations to discuss UK?s exit from the EU.

There is no doubt that these negotiations are going to be tough! Last month the European Parliament made it clear that will not start talking about a post-Brexit trade deal with the UK until there has been what they call ?substantial progress? on how the UK is to leave the union.

The resolution warns against any trade-off between security and the future of EU-UK economic relationship, opposes any sort of cherry picking or a piecemeal economic relationship based on sector-specific deals, and reiterates the indivisibility of the four freedoms of the single market ? free movement of goods, capital, services and people.

Finally the resolution says that only when ?substantial progress? has been made in talks on how the UK is to leave the EU can discussions begin on possible transitional arrangements. These arrangements must not last longer than three years, while an agreement on a future relationship can only be concluded once we have eventually left.

The resolution, which was passed by 516 to 33 votes, also notes that it would be a breach of EU law for the UK to negotiate trade agreements with third countries before it left the EU, and warns against the UK engaging in bilateral talks with one or some of the EU member states on the withdrawal proceedings or the EU-UK future relationship. 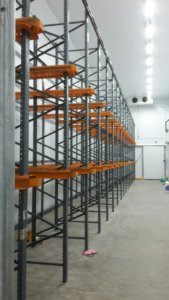 Organisations such as the confederation of British Industry and Freight Transport Association have emphasised the importance of access to the single market and minimising red tape in moving goods between the UK and the rest of Europe.

The risk is that negotiators will not adequately take into account the complexity of the supply chain and logistics relationships between companies in Europe. The government certainly knows about this ? its own white paper on Brexit includes an analysis of the UK share of foreign content in EU exports. For France, Germany and Spain the figure is around six percent.

Clearly there is a risk that multiple supply chain links could be damaged or even broken by a sudden imposition of trade barriers between the EU and UK. The danger has been highlighted by Professor Alan McKinnon I In an article entitled ?Supply Chain Naivety in Brexitland?, he points out that many of these links are ?time compressed? and re-imposition of customs barriers would make such arrangements impractical.

Logistics can play a key role in ensuring that negotiators on both sides of the table understand a degree of interdependence that exists in supply chain ecosystems.

One of the problems of holding a UK general election at this point is that regardless of who wins (and few would bet against current government) that there will be an inevitable churn among government ministers.

Battles that the industry thought it had won might now need to be re-fought. The UK general election must be the first starting point for this. It is now even more critical that logistics professionals make their voices heard!

To keep up to date with what we have to say make sure that you are following?#TeamAdvanced on social media!