No Time to Relax!

In just over a weeks? time, the UK will have a new government. To be honest, all signs are that it will be a continuation of the old one. But there is still time for logisticians to use the opportunity to get some key messages across ? after all, the time when politicians are most likely to listen to us is when they need our votes!

The trade associations have already put together their wish lists. Perhaps not surprisingly, fuel duty was a top priority for the Road Haulage Association. It has called for an end to the unfair fuel duty differential between the UK and the rest of Europe.

It also wants to see a realistic HPV scrappage scheme as a way of dealing with diesel emissions and improving air quality. Other priorities include action on the skills shortage and investment in the road network.

The Freight Transport Association has focuses on support to enable logistics businesses to reduce vehicle emissions and cope with the transition to clean air zone regulations. This includes developing the market for alternative fuelled vehicles rather than heavier taxes on diesel owners.

In fact, it repeated the call for a cut on fuel duty of three pence per litre as a way of stimulating the economy.

Other issues include: increased investment in public infrastructure, both road and rail; and reduction of infrastructure costs associated with rail transport and protection for water freight access, to enable shippers to diversify their transport options. But the elephant in the room in this election is Brexit and its impact on supply chains and logistics operations. 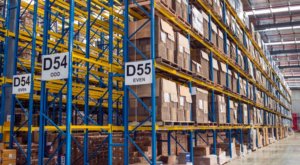 The Freight Transport Association has highlighted the importance of trade with the rest of the European Union ? currently some 48% of the UK?s exports of goods. It is a repeated call for the government to ensure trade can continue in a frictionless, barrier free environment post-Brexit with free access for the UK freight and logistics industry to the EU market post-Brexit and government assistance in forcing new trade deals with leading and emerging economic powers. The RHA also wants frictionless road haulage movement between the UK and the EU from day one of leaving the customs union; an ability to recruit lorry drivers and other workers from abroad based on the industry?s need, rather than a notion of earnings; and essentially unchanged licensing system for lorries on international journeys between the UK and the EU; a review of UK domestic road haulage rules post-Brexit.

If all of these things where achieved in the Brexit negotiations, then most companies would see little difference between before and after. But achieving any of these things means convincing the incoming government of their value ? otherwise they could simply be regarded as bargaining chips in what are likely to be difficult and acrimonious negotiations.

There are just a few days to get these points across ? this is not the moment to sit back and relax!

Make sure you keep up with #TeamAdvanced on Social Media!